I’ve said this before, but I have fun with Yahoo Answers. I go to the books and authors section and read posts about writing. I answer quite a few, and in answering am forced to pause and think and learn. I see many topics that come up repeatedly. Some of the very, very common questions include ‘what should I name my character’, ‘what do you think of my story’, ‘I want to be a writer but need an idea’, ‘how do I get published’, ‘can I write a story when I’m only twelve’ and so on, each one so earnestly asked and so deserving of time.

The most recent one I saw asked for tips on how to develop a stubborn character. The person wanted to know what to do with an annoying character that refused to have the personality the questioner wanted.

Sounds like my kind of character. Or at least some of my friends. Stubborn, unique, individual, doing what they want. I like the character already.

Seriously though, I responded because I think all writers have had that happen. Matter of fact, those can be the best characters because they don’t do what we want.

There can be so many reasons for this. One thing I usually ask first, is if I am trying to force a particular character into the wrong role. Sometimes that character belongs in a different part of the story.

It reminds me of the time my friend (and author) Susan Schreyer, had problems with this one very meek character who just wasn’t doing what Susan wanted. Turned out this very meek character actually wanted to be the villain. When Susan realized that, the whole story took on a different shape and pieces fell into place.

Sometimes the character won’t do what you want because you let personal feelings get in the way. I actually had a character who reminded me of someone I did not care for. I so wanted that character to be the villain. Vicarious revenge. I struggled with the plot line until I realized that my personal emotions had to get out of the way of the character, and then the story line developed easier. Kind of the opposite problem that Susan had.

Sometimes it’s as simple as the writer not having fully developed the character, so that the character isn’t understood.

And sometimes the plot develops in a way that pulls out action from the character that the writer didn’t plan for.

There are so many reasons for something like this to happen. But it brings home to me just how wonderful it is when a character is so alive that they become a life outside of our expectations. If the character is alive like that, then I’m willing to bet the story will be, too. 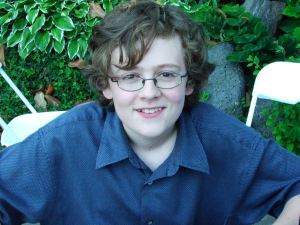