In the 1980s my father decided to build a log house. We’d just moved from farmland to the woods and with no money, we decided to make a house the hard way.

The first tree was a tall, straight Douglas fir. I didn’t know that at the time. It was just a big evergreen. Dad was experienced and cautious so it took a long time to cut the notch and make sure the tree fell in the right direction. I was bored, holding my field guide to North American trees. Looking around, I realized I also needed a field guide to native plants. My father eventually said that I needed a field guide to field guides. Because stepping into those woods opened a whole new world.

My first task was to lean way back, craning to watch the far-away top of the tree for tiny tremors that said the tree was thinking about giving up. When I saw those minute movements become more defined, turning into swaying, becoming a distinctive lean, I was to warn dad so he could get out of the way.

Except that he had a chainsaw running and ear protection on. I remember jumping up and down, waving the field guide, screaming, ‘it’s going!’. He heard in time to get away.

When it hit the ground, the fall was the sound of thunder rolling up through the canyons, bouncing off the ridge, echoing back. It was the avalanche explosion deep into the ground that hit the soles of your feet and slammed upward through your spine. And that was just the initial impact. The tree bounced upward over six feet high, coming down to earth again with the thunder and echoes and impacts.

The air was full of the sharp smell of crushed needles, torn bark, sap, and flattened salal, ferns, and Oregon grape.

While dad took a break to smoke his pipe, I climbed onto the trunk. With a tape measure, I walked the length of the tree, hanging on to and weaving among upright branches. There was a whole micro-universe in those branches. Bird nests and spiders and squirrel holes and woodpecker marks. Moss that made the trunk slippery. Licorice root in its symbiotic relationship with moss and wood, and adding its anise scent to the air. Lichens that hung like gray beards. 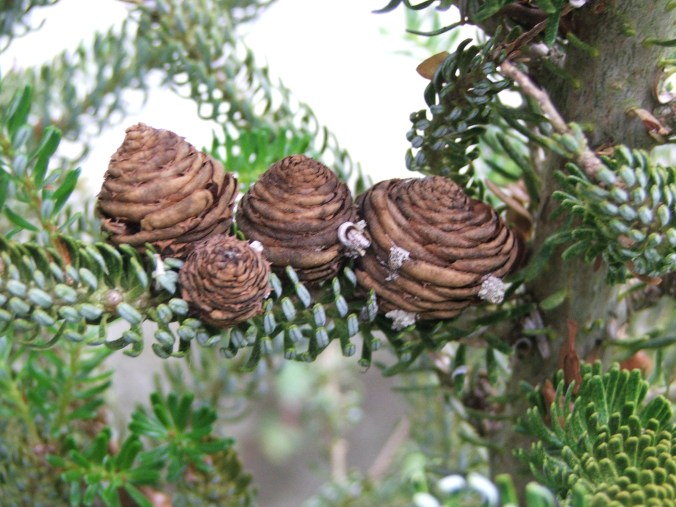 In a small notebook I recorded the length of the tree. I measured the width of the butt end. And I flipped through the field guide until I found the name.

That first one. A Douglas fir. With the limbs cut off and the tree bucked into lengths, we got three long, straight logs.

With the old truck and a winch, the logs were laboriously pulled out of the woods where I then had to peel them. I quickly learned to do that immediately after felling. If the tree sat even a day, the bark dried and tightened and then you had to chip it off.

But fresh, the bark slid off in long strips, exposing a layer similar to snot, which is why the bark came off so easily. As I worked, that inner layer changed color. Reddened.

That first tree taught me to see my surroundings, to identify the differences in needles and bark and foliage. To name what I touched. To watch for those first small tremors. To mourn.

We cut a lot of trees for that log house, that never came to be.

That bottom log was the first one. Dad with dreams.

And then I started planting trees. Fir and cedar and oak and sequoia and shore pine. I moved on from evergreens to plant filbert and hazelnut and prune trees, sourwood and cascara, willow and dogwood. To will them to grow tall and strong. 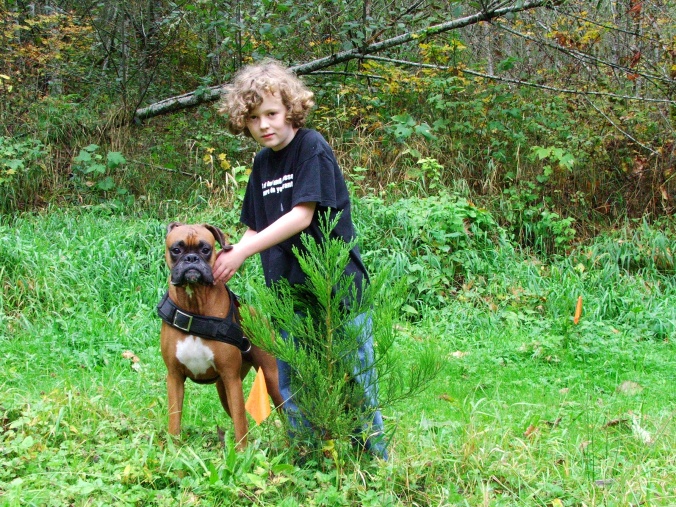 The first sequoia many years ago

Back in those woods, there are now trees reaching thirty feet tall. Northern flickers and woodpeckers bore holes for bugs. Brown creepers run up and down their trunks chirping their autumn songs. Moss catches on. Roots sink deep into ground. Branches reach for the sky.

I wonder if, in their long, slow, dreaming seasons, they forgive.