Last night was the regular meeting of a writer’s group I have facilitated for several years. I really didn’t want to go. It had been a long day, I was tired, and to be brutally honest, the meetings lately seem stagnant. Don’t get me wrong; I really like the people who come, and have grown to think of them as friends. But here’s the thing. I think they (well, we) have become too safe.

The group was started after an upsetting event at a huge writer’s conference. I decided writers needed a place to meet that was safe and non-threatening, more like a support group than a critique group. Many of the people who attend, and have attended, have gone on to be published. We have poets, screen writers, non-fiction writers, fiction…and yet it manages to stay a small, safe place to be.

Over the years I have tried to stir members up. We’ve tried exercises, guest speakers, contests, adding time for critiques, etc. I even tried to get members to rotate facilitating. These things appear as a brief candle flame flare and then burn out. We end up back where it’s safe, with members talking about writing.

When I bring up that I worry no one is getting anything out of the group anymore, that we are all talking about the same things we talked about last year, and the year before, everyone jumps right in to tell me I’m wrong. They insist they leave the group wanting to write, that they get support and they learn.

Well then, maybe it’s just me. Which brings me back to last night. I went strictly out of obligation and responsibility.  They’d manage without me, and have, and I could have skipped it but didn’t. And only one other member showed up. So there we sat, me drained emotionally, listening to familiar words, feeling like I had nothing new to add either. And then in comes a stranger. A young man who’d heard about the group, who is making documentaries and writing screenplays.

We had good discussions but it was hard for many reasons. I kept thinking, he’s not going to get anything out of this group. We’re all asleep. I don’t know that he’ll come back. I’m not sure I feel he should. I don’t think we’ll be any help to him.

So tell me. How do you wake people up, shake them up, move them out of ruts, challenge their thinking, make them quit speaking the same words, make them write? I include myself in those questions. How do I challenge myself as a writer? I no longer want to sit in the group and speak variations of the same themes over and over and over throughout the years.

I want my friends to soar as writers, but I don’t know how to help them, or me, find the needed wings. 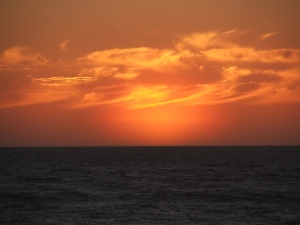