Road trips meant talk radio. Many late night hours were spent dozing in the back of a smoke-filled car while we crossed miles, the family off on another vacation. Dad would drive, we would sleep, and pavement passed. I’d wake to see headlights shining on the center line, my dad with his cigarette, and the sound of debate. We grew up with debate. If it wasn’t talk radio at two in the morning, it was questions with no easy answer my dad asked at the dinner table.

Now I have these same kinds of talks with my son and husband. I love the feeling of power, the words flowing around something strongly felt, the sense that change is within grasp. And I especially love learning, hearing the other opinion, being swayed to think of things from a different angle, being forced to question my words and make sure I truly believe.

So last week in Vegas my husband and I drove out to the Valley of Fire State Park. Absolutely stunning rock formations, billions of years in the making. And we puny, infant humans driving in air-conditioned cars (it was 111 degrees!) gawking. Art and I started a discussion around the current politics. Well, okay, it was a debate about as heated as the ambient air outside. Our opinions don’t matter here. What does, is I asked him why, if he felt so strongly, did he not do something.

Which brought up the question.

As he said, he couldn’t even see the reason to start a blog because there were so many out there with the same opinions and he didn’t feel he could contribute anything that hadn’t been said before. I laughed a bit at that. What writer doesn’t question how to make their story original when it’s all been done? But he was right.

I was a kid in the sixties, the wrong age for the peace and love revolution. I envied my sisters. Too young to actively take part, I was still convinced they would change the world. I’m not a historian or philosopher so I can’t tell you what went wrong, if anything actually did go wrong. I mean, hey, we got the Grateful Dead out of that period. And the Age of Aquarius. Oh! and the Partridge family! 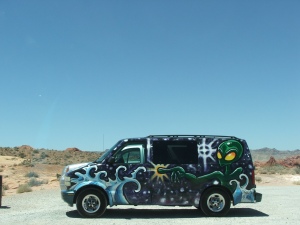 Parked next to us at the Valley of Fire. Not the Partridge Family bus but appropriate for alien landscapes.

But what about now? You can’t go on Facebook without seeing a lot of photos posted with opinions written across the photo. It’s like the new generation of tee shirts with statements. After talking to Art though, I’ve been wondering what good that does. What physical, tangible change is made? Art said in that very hot valley, that all those thousands of people who posted photos of themselves holding signs saying ‘bring back our girls’ put pressure for action that wouldn’t otherwise have happened. Maybe.

What risk was entailed for those people who had to do nothing but post a selfie? Does activism have to include risk? Can you change the world without risk? Can you change the world at all? I hear stories about children and homelessness and desperation, and wonder, what can one person do? Donate money I suppose, but that’s a degree of separation from reality and is that really activism?

I’m not smart enough to answer questions I’m not even sure how to phrase. In the Valley of Fire Art got pretty upset. He didn’t feel he was eloquent enough to get his point across. He always feels he loses when we debate. Well, he was eloquent enough that a week later I’m still lost in thought. Still on that dark road trip with talk radio as background noise as I try to figure out how to bring back peace, love, no war, and songs like ‘Where Have All the Flowers Gone’.

It’s going to be a long, long drive. 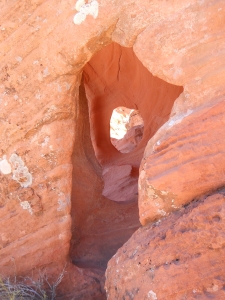 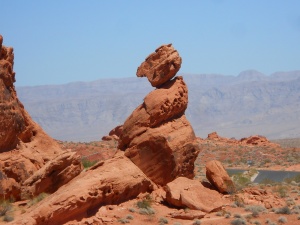