I have an active imagination that translates to dreams. I can even control them. I’ll think about a story I want to have a part in, and dream it. If I have a nightmare, I’ll lay there and think, ‘but if this happened, and that happened…’, go back to sleep and have a great story.

But one night I had an extremely vivid dream, even for me. Just a scene, really. I sat on our couch, squished against one end because my Irish Wolfhound, Strider, was also there. Wolfhounds take up couches. And beds. And floor space. And block the television and steal food from counters. 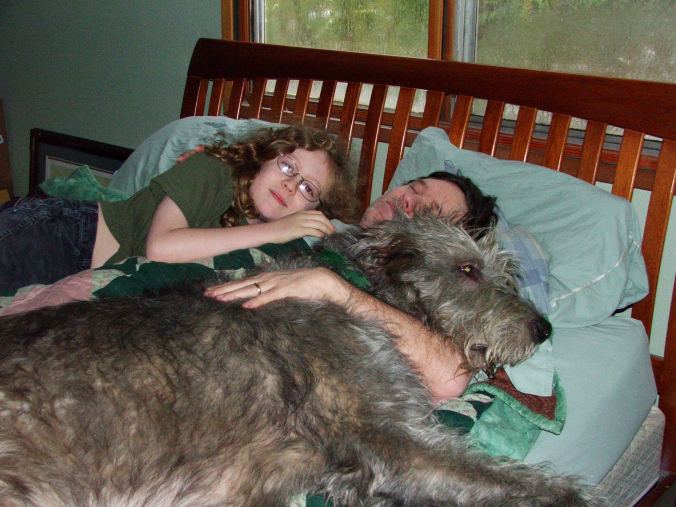 And look you right in the eye. After all, I’m short and they’re tall.

In the dream, Strider’s head was on my lap and I was running my hand over and over his rough-coated fur, crying. Hard. Because he’d been gone for a few years and I missed him, but also because I knew it was a dream. I wasn’t going to wake up with my dog soul-mate back in my life. 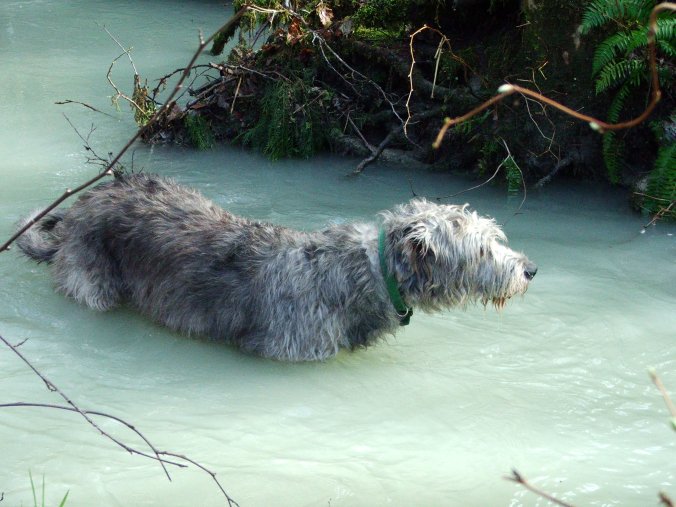 The dream stayed with me, just as vivid. His fur under my hand had been so real. The weight of his head on my lap. Those copper penny eyes looking up at me. Even now I get teary remembering the dream. 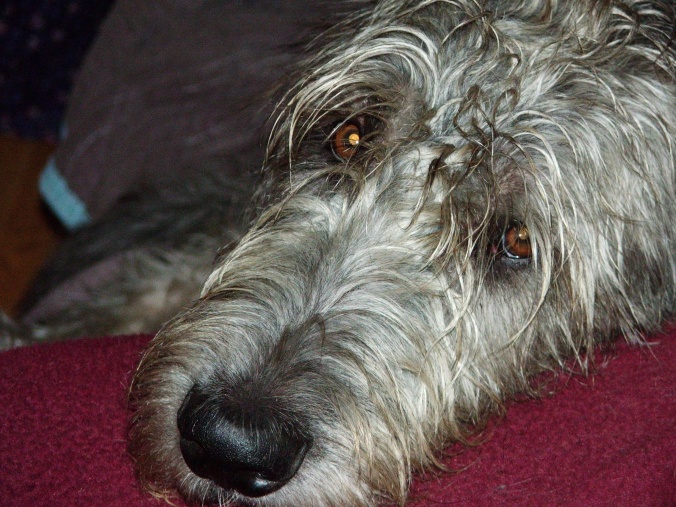 Then came the hot summer day when I’d been working outside. That evening I knew I’d be sore the next day so I went out to the hot tub. While soaking, clouds moved in over the mountains. And there he was. This huge cloud shaped like a wolfhound. Like he leaped from the top of the mountain into the sky where the stars were coming out, his tail streaming behind him. 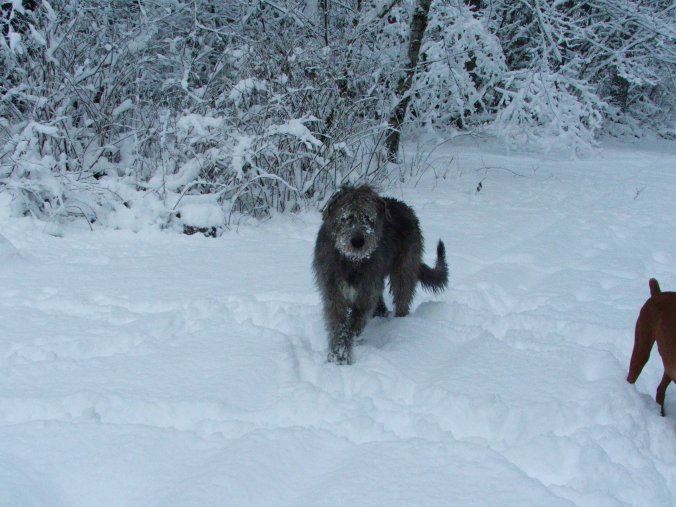 I’ve never been one to see shapes in clouds. Someone will say ‘oh look, it’s a dragon!’ and I’ll think ‘looks like a cumulus cloud to me’.

A friend pointed out later that I was probably dehydrated. Hot day, sweating, sitting in a hot tub. Seeing things. I suppose she was right. But it reminded me of that dream. 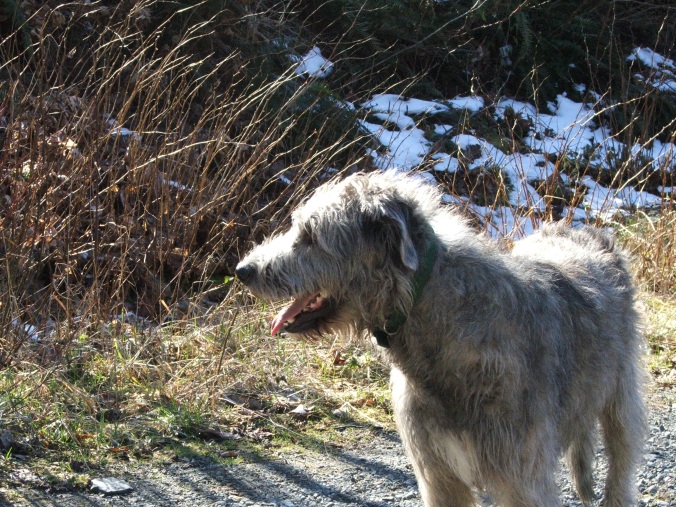 So I mentioned the dream to another friend. She said it sounded like Strider was finally ready to transition and had come to tell me goodbye. Well, that made me cry. Still makes me teary. 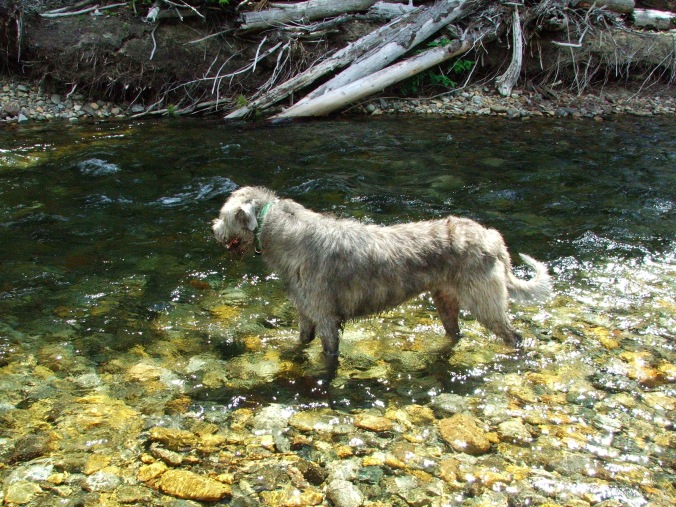 But here’s the thing. 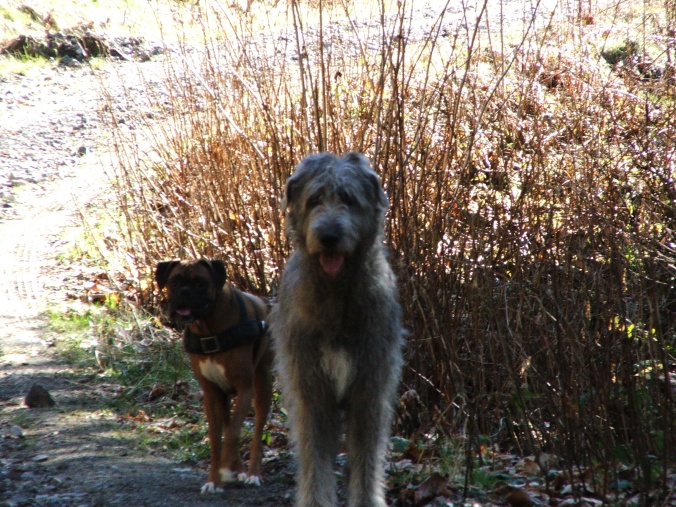 That dream was so vivid.

And since then, I always see faces and creatures in the clouds. Lots of them. Even when I’m not in the hot tub, dehydrated. I find myself looking for them, silently telling them hello.

I think Strider is out there with them, running free. 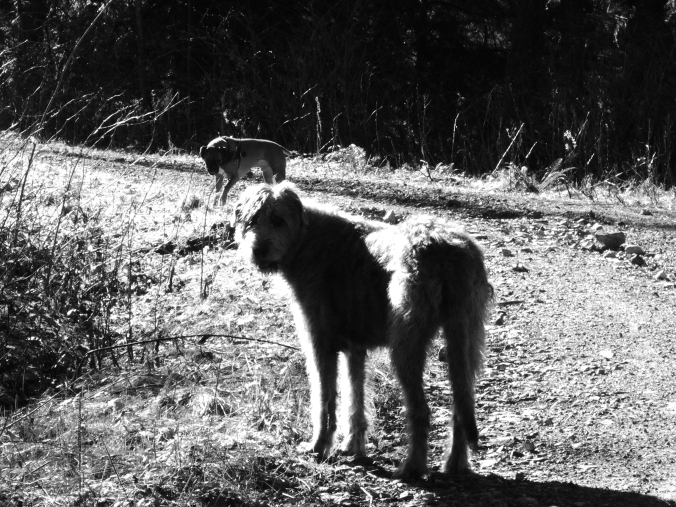 9 thoughts on “Dog Dreams In Clouds”