Why do Boxers always look worried? Even when happy they still seem to be concerned. 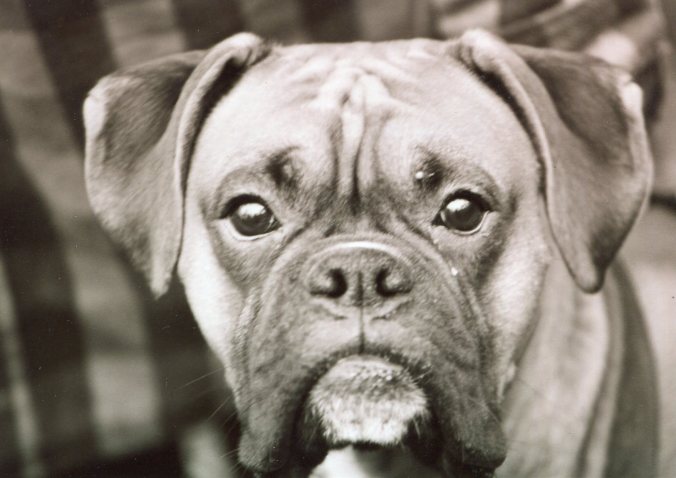 We were talking about our old Boxer, Luke, a couple nights ago. His full name was Skywalker von Stowe because he came into our lives as a very fat puppy with a heart condition, when our small son was so heavily into Star Wars that he would only answer to ‘Luke’. 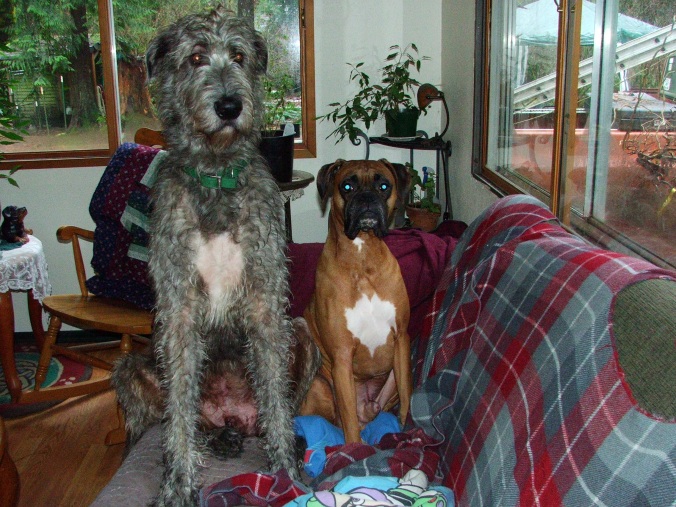 Luke (the dog, not the kid) wasn’t expected to live long. We were told he could drop dead at any moment because of his heart. But really, he had an incredible heart.

The medication he spent his long life on caused blurred vision, which might have contributed to his worried look. After all, when my glasses are off, I squint and probably look worried, too. Sometimes those heart pills would get stuck up in those floppy Boxer lips and he’d foam at the mouth like he had rabies. Poor thing. 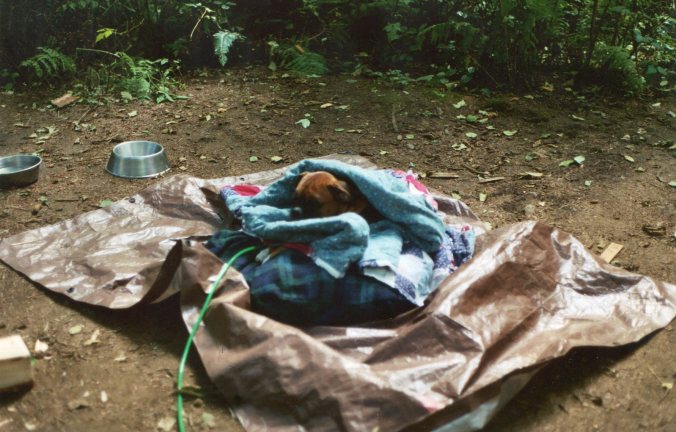 He hated camping, even with his bed and blanket and a fire

He loved the kid, unconditionally, and played with him tirelessly. The two Lukes would chase each other around and around the dishwasher until the whole world tilted in dizziness. Luke would trot slowly, careful to not get too far ahead of the gleeful little kid chasing him. When Arthur, thinking he was being clever, would change direction, Luke would patiently turn around, pause, and wait for Arthur to catch up before trotting off again. Over and over and over, as long as that little child wanted to run. 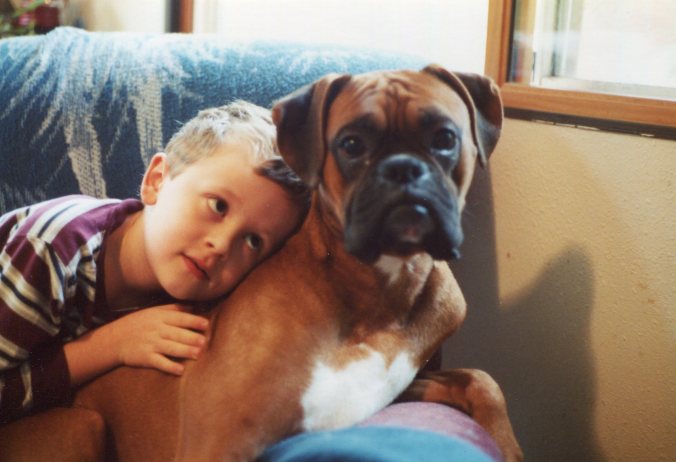 Arthur also played with matchbox cars in the long hallway. He would send the cars flying and Luke would run after them. Luke would then pounce on them with both front paws and send the cars skittering back to Arthur. A matchbox game of fetch.

Speaking of cars, Luke loved them and he wasn’t picky. If a car door was open, he would be found inside. It also didn’t matter if the car moved. He was just as happy to simply sit and watch the world out the windshield in all its blurry wonder. 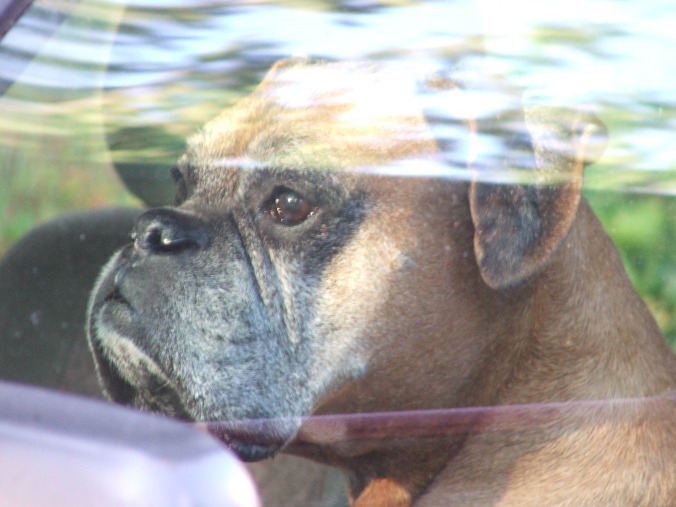 So he was a happy, gentle soul. But he always looked worried. I’d never been around Boxers before, so this then worried me. Was he in pain? Was it his heart? Was he actually unhappy? 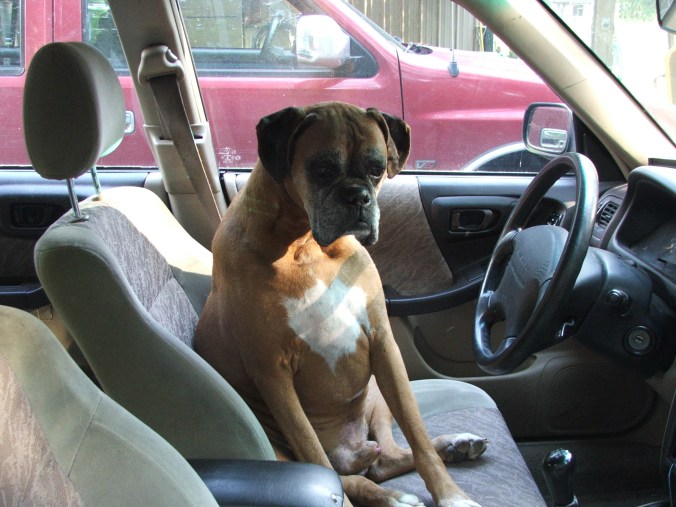 My husband grew up with Boxers. I saw old photos of him as a baby with Boxer puppies. I saw photos of Boxers owned by friends.

Eventually I came to realize, they all look worried. I guess it’s just a Boxer trait. Along with their incredible sweetness and devotion to their kids. 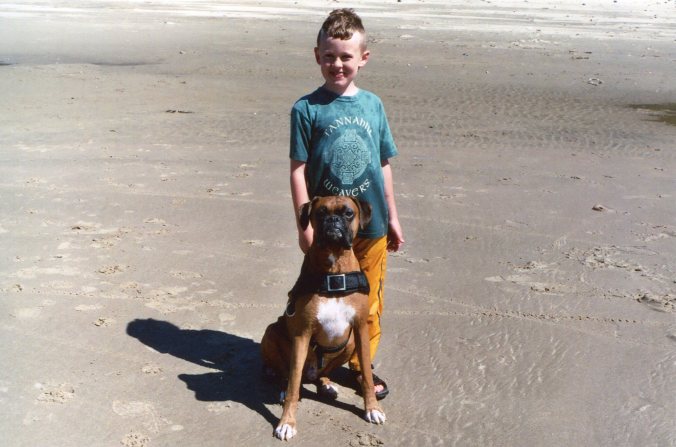 11 thoughts on “Luke the Boxer”