Sam Nuttmann (THE Sam Nuttmann) is considering doing a book trailer for This Deep Panic. If he reads this post, the parenthesis will make him laugh. But still, I’m having an excited fan moment.

I’ve learned a few things about book trailers in just the couple weeks we’ve been chatting. Initially I asked a friend who does amazing video recordings if she would be interested in taking this project on, without realizing that she doesn’t handle scary things well. I’m grateful she was honest with me because I wouldn’t have wanted the project to be upsetting for her. So then I remembered Sam and his film work and after contacting him, gave him the things that I thought were good visuals for the book. My list consisted of this. 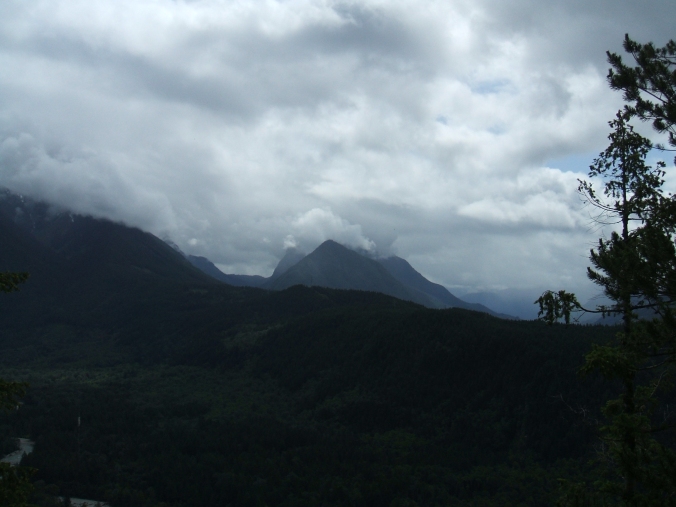 My husband then suggested I ask those friends who had read the book what their ideas for visuals would be. Wow. So different from mine. Their list went like this.

Taken from Lookout Point, partway up the Index Town Wall

One person said that for her, the book read like a movie so she pictured the visuals to be like an action movie trailer.

I learned from these two lists that I pulled out visuals that to me, from the writing standpoint, felt menacing. I realized that because I knew the story so intimately and in all its rough drafts, I assumed those visuals would mean something to others, when in fact, they give no context of story.

Listening to the readers’ choices made me look at the idea of visuals completely different. Now they seem more complicated and harder to do, but that’s where the expertise of friends who know how to film will make a difference.

Right now we’re in the initial stage of figuring out the ideas of what a trailer would look like. From there I will get a quote, and if it’s something I can afford we’ll move forward on this project. I’m imagining a lot of involvement from locals running around in the woods, which is probably going to be an absolute blast.

In the meantime, I found it interesting how the writer ‘sees’ the story so differently from the ‘reader’. Or at least, how I did. Obviously my list fell far short because I didn’t think about how my list of visuals felt to me, and I didn’t think of actual scenes from the book. Looking at just my list itself, none of the emotions came through at all. No fear, nothing. Looking at the list from readers, I think tension and fear came through much better.

Now I need to find out if any locals have an overturned school bus lying around in their yard that we could use.